Russian billionaire Oleg Tinkov believes that the era of cryptocurrencies will end after the “failure” of Libra and TON. According to him, no technology that ensures transaction anonymity will replace the “social contract”, regulation and government.

According to the article at forbes.ru, the owner of Tinkoff Bank Oleg Tinkov gave his explanation to the hype around cryptocurrencies and told why he does not see the future of such technologies.

“The failure of Libra and TON put a bullet in the era of cryptocurrencies. Obviously, all smart people, or at least realists, understood that no crypto would win over any fiat currency. Our generation, who grew up on the Lennon’s lyrics, where he proposed “dreaming of a world without religions, borders and property”, has long knocked this whim out of their heads, ”the billionaire wrote on Facebook. In his opinion, young people who grew up on the “anarchist Internet” still believe in the “ideals of Lennon and Che Guevara.”

Tinkov is convinced that in the foreseeable future, cryptocurrencies, blockchain and smart contracts will not be able to replace “the good old” social contract “, regulation and government.”

The billionaire listed the main, in his opinion, reasons for the increased interest in cryptocurrencies: the generation Z’s dream to live in a freer world, the rapid development of IT technologies and the “IT society”, people’s faith in the ability to get rich quick, doing nothing, and the existence of scammers, for which it is a convenient way to move funds.

But long-existing electronic wallets are mainly used for questionable transactions on the Internet, writes Tinkov. In addition, according to him, cryptocurrency developers want to go further in order to perform the same functions convenient for fraudsters, but with the elements of the pyramid. He also noted the insecurity of cryptocurrency exchange protection. Due to the fact that cryptocurrencies are outside of the legal field, the banker continues, crypto money holders who have suffered from attacks have nowhere to complain. Tinkov said, he started using a Visa card back in 1991. “Two times in these 28 years my card was compromised in Europe, the card of the European bank, but the bank was always on my side and helped me return the funds,” the banker said.

The billionaire mentioned the problems of the Libra cryptocurrency project of Facebook, which lost several large partners, and TON, the blockchain platform from Telegram founder Pavel Durov, which launch was stopped due to a lawsuit by the US Securities and Exchange Commission (SEC). “A guy with a refined figure on a horse rode out and told everyone: bring me the money, I will free you! (It’s just not very clear, from what.) And I will make my transactions be many times faster than Bitcoin and Ethereum, not to mention Visa / MasterCard <…> But bald elderly men from Capitol Hill and from Brussels came out to meet the handsome libertarian, with a not very taut figure, in suits one size larger than necessary, and of course in ties not matching the colour of a shirt … and they told how the world works, ”wrote Tinkov.

He referred to the words of the chairman of the Supervisory Board of Alfa-Bank, Peter Aven, who said that he would believe in cryptocurrency only if it could pay taxes. Tinkov agreed with this statement and added that the cryptocurrency “will fly only when it is completely under US emission control, that is, it will not threaten the dollar.” “The key to whether or not real and international cryptocurrencies will work is in Washington, in one of the houses, in which one – you decide,” Tinkov said.

This week, Tinkov wrote that the “collapse” of Durov’s blockchain and WeWork coworking service, which postponed its IPO and sharply dropped in price, “says that the world has not completely gone crazy and the Ponzi pyramids (financial pyramid. – Forbes) in business are coming to the end!”.

Earlier, Tinkov and Durov already had disagreements on several issues. For example, in 2017, Durov stood up for Nemagia bloggers who had a conflict with Tinkov. Founder of Telegram called for the distribution of Nemagia’s video on “credit slavery” at Tinkoff Bank. 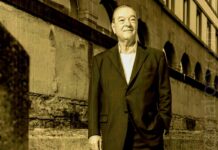 Former top banker admitted that fiat money is already worth nothing