July 1 2019 Webhits.io is to launch a beta platform with WEB token integration 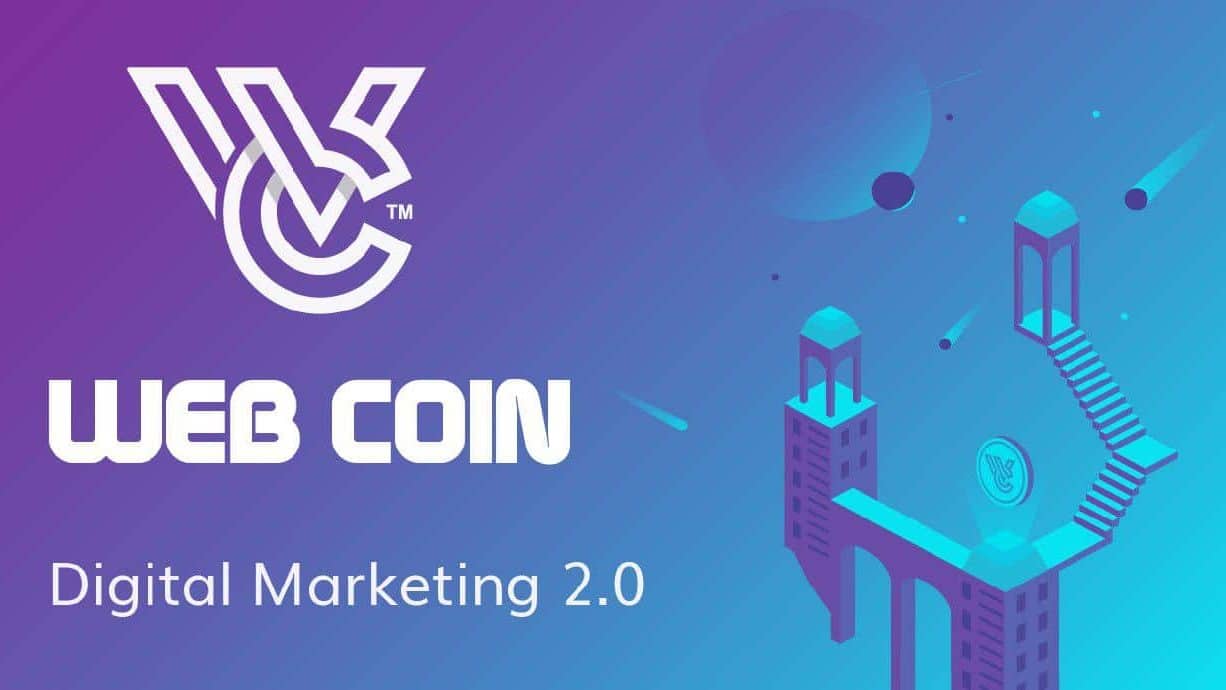 The Webcoin project announced yesterday the launch of the first of its kind Digital Marketing 2.0 platform. The launch is scheduled for July 1, 2019. A link to register for the beta will be provided by the Webhits.io team just before the official launch date.

Currently, you can buy the WEB token on 20+ cryptocurrency exchanges, the full list of exchanges is available here.

Webhits.io is an interest-based p2p web and social media service exchange platform. The platform’s mission is to provide tangible results, increase advertiser Return on Investment (ROI), and significantly lower the costs for the website and social media engagement services globally.

A distinctive functionality trait of the platform is the innovative Social Mining feature that will fundamentally transform the relationship between advertising and cryptocurrency.

What is the WEB toke and what is used for?

Webcoin(WEB) is a utility ERC20 token based on the Ethereum blockchain. The WEB token serves as a unified currency for buying and selling services within the Webhits.io platform.

How an advertiser can increase ROI results?

Unlike any other existing and relatively overpriced social media platforms, Webhits.io offers 10 times cheaper advertising services. Much like Facebook, Twitter, Medium and Pinterest the Webhits.io is also interest-based. This allows sole proprietors, businesses and global brands to more effectively advertise their offers to highly targeted countries of interest. Connecting with and capitalizing on interest-based audience will result in an increased ROI for advertisers.

What is social mining?

Unlike Bitcoin, Webcoin social mining requires almost no GPU and CPU. Webhits.io suggests much simpler ways to earn Webcoins within the platform. Social miners are individuals who offer social media exposure for a fee. A miner’s duty is to provide a certain amount of exposure in the form of likes, shares and follows for a company. The miner would be motivated to deliver the service because a rewarding portion of Webcoin revenue will amount to his service fee.

How does it all work?

1. The advertiser buys 1 Webcoin from a cryptocurrency exchange or the Webhits.io platform.

2. The advertiser spends 1 Webcoin within the Webhits.io platform and sends an order for a predefined amount of social media exposure (e.g. 200 social shares, likes).

3. The Webhits.io platform receives 1 Webcoin and sends an order to miners for a pre-negotiated amount of social media exposure.

4. The miner delivers the service successfully.

By retaining a small proportion of Webcoin on every operational cycle, the remaining public supply of the coin will slowly decrease over time, leaving the team with disposable Webcoin assets at hand we would like to refer to as temporary operational “inventory”. The goal here is to create scarcity on the cryptocurrency exchanges which will increase the demand for Webcoin and ultimately it’s market price. The Webhits.io platform will generate income by offering this Webcoin “inventory” to advertisers, or by directly selling it on exchanges, thus maintaining the long-run public supply of Webcoin sustainable.