Surprise for crypto lovers: $ 10,000 per bitcoin by the end of the year

Most of the losses they played during the European session. The rate recovered to $ 6745 after which the market moved into a lateral movement. At Bitfinex, one bitcoin is given for $ 6,708.

To attract new customers, they need to gain a foothold above $ 6820 today. The faster they reach $ 7 thousand, the higher the price rises to September 5-6.

The current growth is a kind of a bookmark for the future rally. If everything goes smoothly, without surprises, then before the new year is likely to see the price of bitcoin for $ 10 thousand. 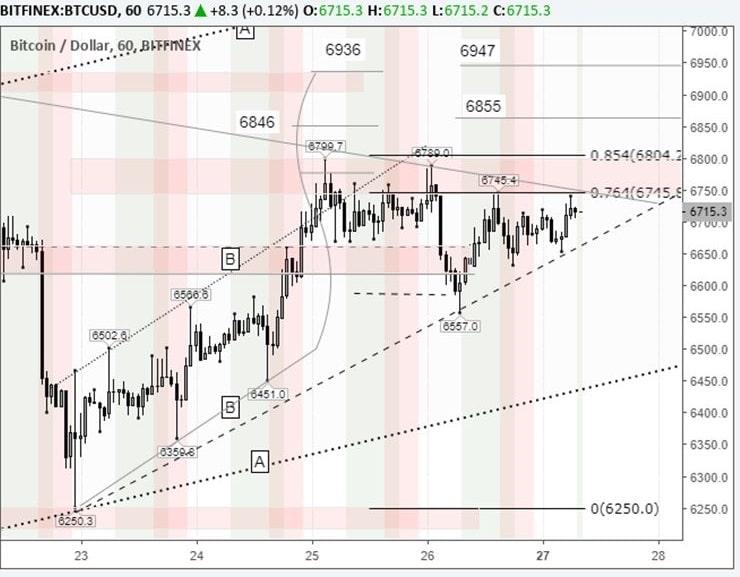