HomeCryptocurrency NewsBitcoin NewsTechnically, bitcoin is ready for growth, but will it?
Bitcoin News

Technically, bitcoin is ready for growth, but will it?

The price recovers after falling to $ 6231 on the decision of the SEC to reject applications for five bitcoin-ETFs from Direxion, two from GraniteShares and two from ProShares. Just like last time, the main reason for the refusal of applications was insufficient actions of exchanges to prevent fraudulent actions and manipulation of prices. I believe that the market does not grow because of that, and they constantly manipulate the price.

If sellers go on the offensive and from the first pass the trend line, then all the attention of traders will be riveted to the $ 6200 – $ 6400 zone. In it, someone very actively buys bitcoins from sellers. If the zone does not stand, the sellers will try to reach these levels: $ 6081 and $ 5,840.

Since August 23 has passed, I turn to the side of buyers and start correction down to use to buy bitcoin. Alpari estimates that the transition from the “bearish” phase to the “bullish” can drive 3-4 days since the price is in the corridor of 8 days, it can be reduced to 2 days. The ideal option is to adjust to $ 5,840 and go up the “double bottom” for the day period. 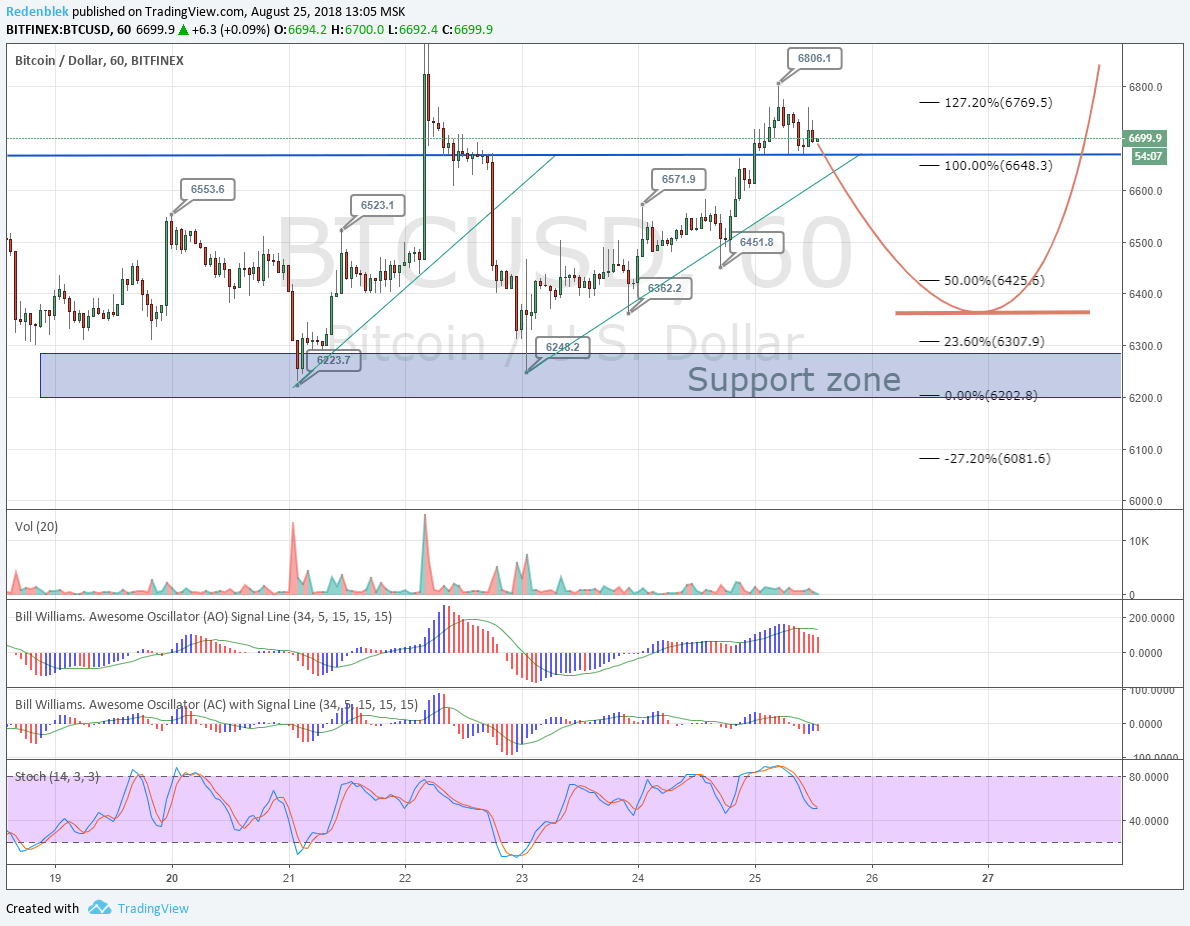