The EOS network allows up to 1200 tps

EOS blockchain set another record – 1275 transactions per second when processing about half a million operations per day.

The network of a well-known crypto project increases capacity. Earlier, EOS processed about 800 transactions in one second, then this indicator increased to 990 operations, and then overpassed the 1200 mark within only 1 second.

Then the network again became stable, and now it is not clear how the events will develop further.

It is noteworthy that the jump occurred at a time when the Ethereum network was overloaded and the growth of transaction volumes was recorded. Many members of the community immediately had suspicions that this was not an accident. But the main developer of EOS Dan Larimer has denied this version.

“I can assure you that we have nothing to do with this. There is no point in spending resources on this because there is such a thing as Crypto Kitties. This is a much more effective way to bring the Ethereum network to overload if this is the goal, “the representative of EOS noted.

Earlier, another EOS record was set. Within 24 hours, the volume of EOS transactions reached 727,334 which is more than half of the record high volume of Ethereum transactions.

This became known thanks to Reddit, where one of the users posted an interesting screenshot. 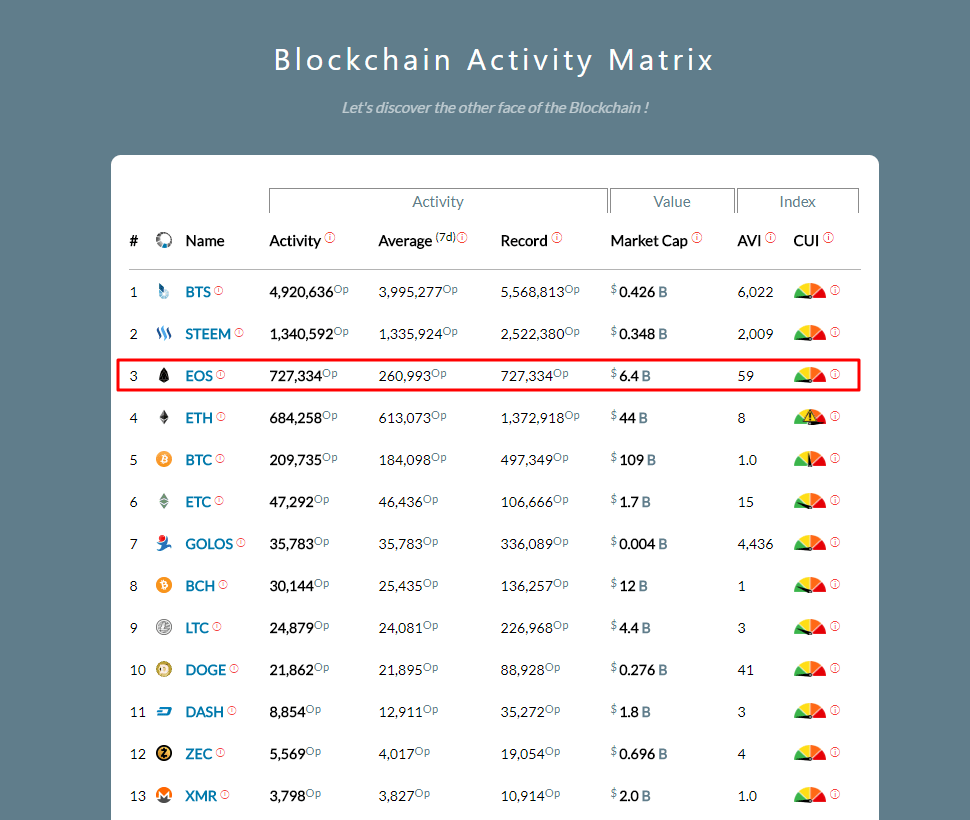 The image shows that the volume occupied less than 1% of the maximum power of the EOS blockchain, while ETH experienced an overload with the volume of transactions.

The network has been talking about the fact that EOS really becomes the “killer of Ethereum”. However, representatives of the Ethereum community noted that the overload of the Ethereum blockchain does not mean anything.