According to coinmarketcap.com, there are 1575 cryptocurrencies present and live today. But how many of them are really unique? Looking back at 2017, it may seem that it was the year, that can be called “fork everything!” for the crypto world. We’ve seen lots of Bitcoin forks to appear – Bitcoin Cash, Bitcoin Gold, Bitcoin Diamond – the coins that you probably heard of. What about BitcoinX, Bitcoin Private, Super Bitcoin, BitcoinDark, United Bitcoin and 18 more?

Creating new coin is much easier than it seems to be and you can find lots of articles about it. Simply take the source code, change the coin ticker and the new coin is born. Next step is to make its node running on multiple servers and machines. If this part is hard for you, you can create an Ethereum token, so ETH node will take care of that.

The main problem is, to make your coin (or token) popular and useful. That’s why the simple change of the coin ticker won’t really work. This is the reason why really unique coins drag so much attention. And Bytecoin is one of them.

Bytecoin was created in 2012 (according to Wikipedia article) and was developed separately from Bitcoin and its forks. Unlike Bitcoin, it protects the user’s privacy with impassive and anonymous transactions. The main idea of Bitcoin is to perform absolutely transparent transactions that makes it legal-oriented – everyone can find the exact transaction and the amount transferred, the whole network is working for only one purpose – perform transactions, nothing else.

Bytecoin is user-oriented – implementation of the CryptoNote protocol provides the highest privacy for its user. No wonder, that such a great idea was used by others – by 2015 it has been forked more than 25 times! Monero, Dashcoin, CryptoNoteCoin are among them.

Let’s compare to one of the Bytecoin’s forks – Monero: 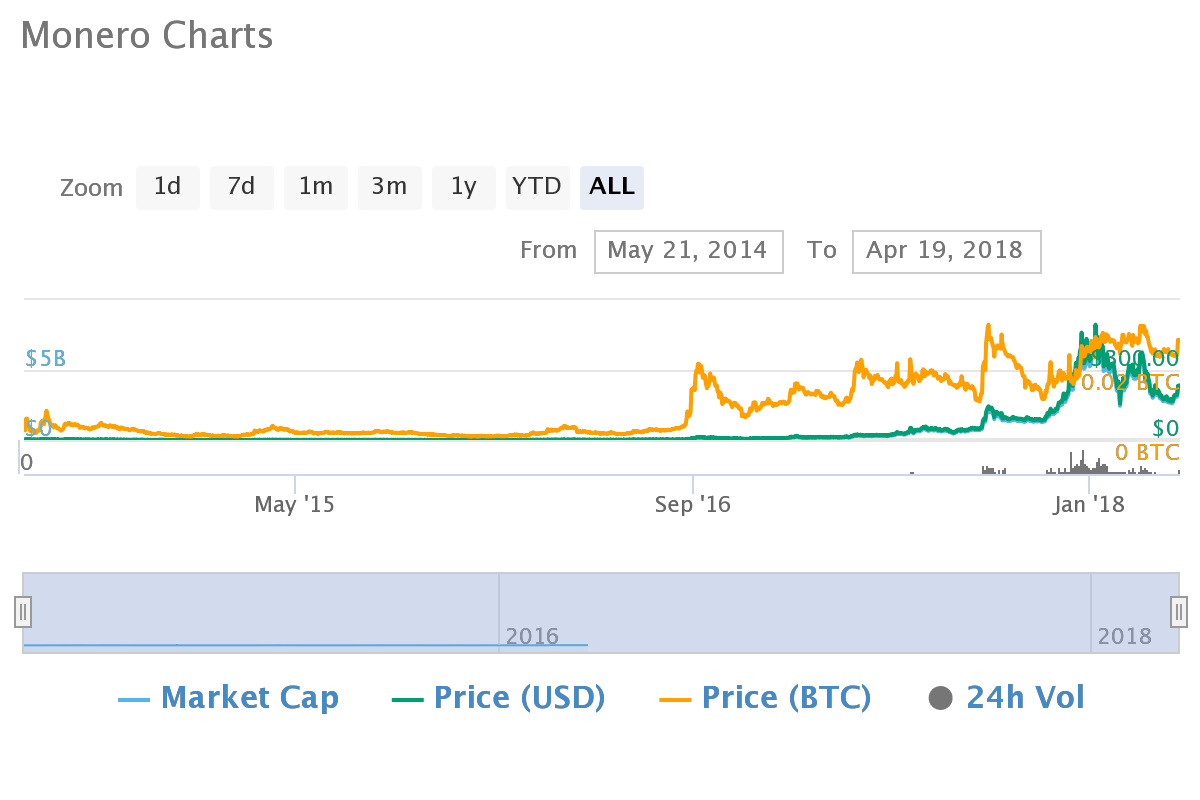 It may seem that Monero was just more successful for some random reasons, like better advertising and so on. But there are some things that really worth mentioning about Bytecoin. Let’s quote The Lead Developer of Monero – FluffyPony:

The blockchain was not publicly observable or observed for those 2 years. We have no reason to believe it is true, and even if it was true it still means that ~151 billion of the 184 billion BCN (82%) were mined prior to its public release. Think about that pragmatically. Would you want to use a currency where unknown actors controlled over 80% of it? This alone takes Bytecoin from being decentralised to being centralised by virtue of those controlling the flow of the currency.

Further, he pointed to ‘crippled mining code’ that was done intentionally to make the falsified blockchain with two years of fake history seem genuine as another reason to steer clear. Link to the original text

It seems that Bytecoin is the coin with the great idea behind it but it was developed with the only purpose – gain money.

Avoiding Bytecoin seems to be a good idea. This recommendation is not based on all the suspicious and probably fake information about it, but solely on the fact that over 80% of this coin was premined. It means, that the price of this coin can be easily influenced by the unknown actors. This fact makes Bytecoin extremely high-risk investment.

This article is the sole opinion of the author and made for informational purposes only. By no means, it should be considered as investment advice or a recommendation to purchase or otherwise trade an investment.