2017 has been a whirlwind year not only for cryptocurrencies but chipmakers like Nvidia and AMD.

Both GPU manufacturers saw their stocks rise to new heights alongside Bitcoin and demand for their graphics cards soared mid-year as every average Joe and his dog looked to get into the lucrative crypto mining space.

Nvidia outperformed their rivals AMD on the stock markets this year – as a quick glance at their comparative stock prices over the past 10 months confirms. 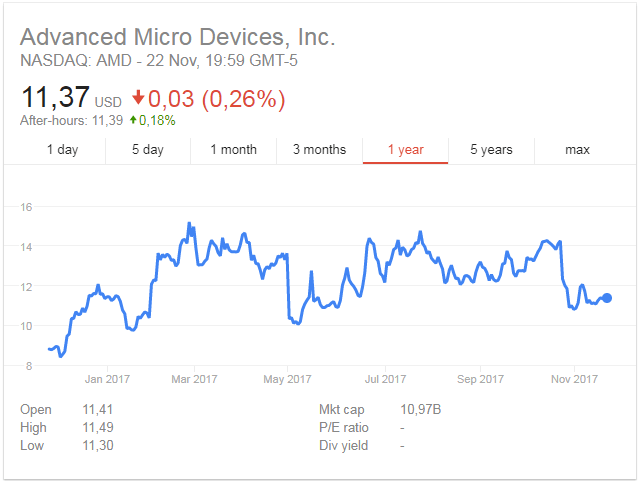 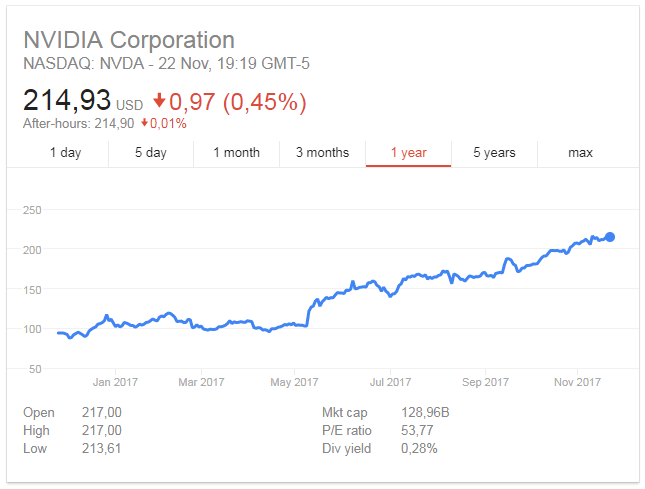 Nevertheless, both companies have enjoyed the demand created by cryptocurrencies breaking into the mainstream consciousness, although uncertainty in China has led to some volatility in recent months.

There are a number of mining pools across the world, but China monopolizes the market – with the likes of Bitmain producing hardware to complement their massive pool of crypto miners known as Antpool.

While a single, hobby miner will only generate a tiny amount of income using their personal computer to mine at home, there is still a massive demand for graphics cards.

There are a number of public mining pools that hobbyists can join – with the potential of earning a slice of the bonus when a block is mined.

While it becomes exponentially difficult to mine Bitcoin, the likes of Ethereum and Bitcoin Gold offer enthusiasts a chance to make some money at home.

The Bitcoin ban in China also creates uncertainty for the mining sector there – which could be a boon to chipmakers should those operations become redundant.

On the lookout for great deals

The average man on the street could really benefit from tech specials this Black Friday.

As the cryptocurrency space continues to grow, so will the need for miners, which are in essence the lifeblood of the virtual money.

However, it could be difficult to get your hands on the top cards. Nvidia’s latest GTX 1080’s are sold out on their website and their TITAN Xp’s look like they’re getting snapped up really fast.

Consider yourself lucky if you can buy the top hardware in the next 48 hours.